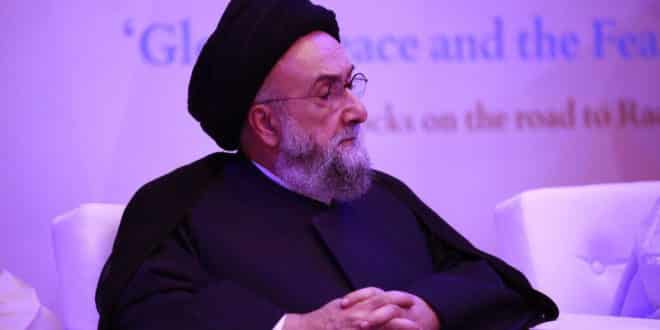 Peace between people and the purposes

A number of Muslim jurists such as Al-Shatibi (d. 1388AD) have addressed the purposes of Shari’ah (the Islamic normative framework), whilst a number of Muslim scholars followed in their footsteps.

The origin of research into the purposes of Shari’ah, emerged from the belief that behind the legal ordinances of Shari’ah (law) at the level of ‘ibadat (the forms of worship that express the human surrender to God) and at the level of mu’amalat (social interactions and transactions), there are personal and public interests for human beings. These interests return as benefits on the level (state) of their religiosity, worldly life and their afterlife.

Read also: Christians and Muslims for the sake of human dignity

“State” in the second part refers to the condition of religion as manifested in the experience of humans in question, that is, practicing believers.

As a matter of fact, there are purposes underlying the total and partial legal ordinances. This is established since absurdity in respect to God Almighty, is inconceivable in the field of religious legislation as well as in the field of divine creation.

However, their inquiry in this vein concerned the general principles to which legal verdicts are referred to in their partial objectives. Imam al-Shatibi and other jurists have reduced them to five essential principles:

But there is no proof for limiting these principles to five essentials except by precise extrapolation of the areas of interest pertinent to the Shariah. Even this attempt constitutes an incomplete extrapolation that does not result in knowledge nor does it convey certainty as to reduce the essential principles to the fore-mentioned number.

The rationale for this point of view is the fact that nothing prevents the human faculty of reason nor the legislative power of Shariah from adding other essential principles such as freedom, justice, human rights and world peace from an Islamic perspective if this inductive proof aids in the fulfillment of that task informed by relevant criterion of advanced research.

It can be stated that the imperative to reform between people found in numerous religious texts establishes the basis for peace among the general public, communities and states. This is referred to as “world peace”, because the call for reform between people entails the call to resolve disputes between them, whilst maintaining peace and justice within society and among them. In addition, there are many verses that instruct justice and reform among people, as in the verse:

(No good is there in much of their private conversation (monologues), except for those who instruct for charity or good or conciliation between people. To anyone who does these things, seeking to please God, We shall give him a great reward). An-Nisaa:114

And the words of God:

and among the aforementioned are the verses that forbid oppression, transgression and aggression.

In the hadeeth of Prophet Mohammad (PBUH) to Abu Ayoub al-Ansari, he said to him: “Do not I guide you to a charity that is better for you than the red camels?” He answered: “yes, Messenger of God”; Prophet said to him:” Do reconcile between people if they got disputed and get them closer if they diverge”. [(And the emigrant is the one who immigrated the bad(evil). By the One Whose my soul in his hand, a man shall not enter Paradise until his neighbour is secured from his cunning (wrongdoing; wickedness)].

Hence, it is clear that such traditions and legislations do not concern Muslims with each other but is inclusive to the whole components of the society from Muslims and others. It addresses Muslims to adhere to these characteristics and rules whether they are in their homes or in the homes of other people, by considering the word “people” in some of these hadiths and the word “neighbour”, which are absolute and not restricted by religion or doctrine.

There is no doubt that such kind of teachings make an upbringing ground for relations based on peace and harmony among different societies and reveals that peace in the Shari’ah is one of its purposes and one of its supreme aims.

As such, it can be said that the general peace between humans is the incubator of all other purposes and goals, because the purpose of the multiplicity of creation and their diversity as in the above verse, is the acquaintance between humans, which means communication between them, and God did not make fighting between peoples and tribes the purpose of multiplicity, He did not say (to fight), but said (to know each other, to acquaintance).

In addition to that, it indicates the honoring of the human being as the Almighty states: (Indeed, We honored the progeny of Adam) Al-Israa:70, and He says: “And We have sent you not (O Prophet Mohammad) but as a mercy for humankind and all creatures) according to other Qur’anic interpretations)”Al-Anbiyaa:107.

This affirms and indicates that the Prophet was not sent to curse others, but he was sent to complete the high and sublime qualities of ethics.

Peace is the rule, war is the exception

These advanced religious texts from the definite verses and the unambiguous traditions (hadith), clearly show that the Shariah(Law) establishes the basis of peace among people and that war is the exception, and that the so-called call for jihad to war is limited to defensive jihad, not jihad to impose religious call on non-believers in it, as is established in the the words of God: (There is no compulsion in religion) Al-Baqarah:256.

From what preceded , we can argue that Islam legitimated war in the case of self-defense which is conceptualized by the fuqaha (Muslim jurists; Sharia scholars) defensive jihad, where Islam rejects aggression and expansion and originally calls for peace as stated in the verse: (O you who have believed, enter into peace, the whole of you) Al-Baqarah:208; And calls to live in peace and justice with others who did not declare war on it as stated in the verse: (God does not forbid you as regards those who did not fight you on account of religion, and did not expel you from your homes, that you do good to them, and deal justly with them, Surely Allah loves those who maintain justice) Al-Mumtahanah:8;

(Indeed Allah enjoins to do justice and to adopt good behaviour, and to give relatives (their due rights), and forbids shameful acts , evil deeds and oppressive attitude, He exhorts you so that you may be mindful)Al-Nahl:90.

Islam considered the attack on the life of the individual an aggression against humankind as stated by the Almighty : (.. whoever kills a soul not for a soul killed or for spreading corruption on the earth, it is as if he/she had slain humankind entirely.) Al-Ma’edah: 32.

Unity of the Nation

Therefore, we mentioned years ago that there is no impediment for “the Unity of the Nation” to also be one of the main purposes of the Shari’ah (Islamic normative framework, , Islamic law objectives), considering the depth and wide scope of Islamic legislation such as its interest in peace among people, self-preservation, possessions-preservation, and all the other purposes mentioned, as deduced from many texts. This compels us to reconsider many of the infidel provisions that divide Muslims into segments and parties.

The maqasid (objectives)-oriented jurisprudence has become a method for a community of scholars and intellectuals in fiqh as well as Shariah research through which the method of merely following literal texts is overcome in order to reach the significance and the purpose.

This rationale proposes that legislations contrary to these higher purposes and objectives are dismissed, for the wise does not oppose his goals and does not give up on them! Does this not apply to the Shariah of God the creator of reason and the mind?

There remains to be said that working with scholars (Ulama) and thinkers on the expansion of the purposes of the Shariah (law), considering that peace between people as one of its purposes, shall have positive implications for the culture of peace.

This is what the Forum for Promoting Peace in Muslim Communities is striving for under the directions and instructions of His Highness Sheikh Abdullah bin Bayyah, thanks to his efforts and endeavour. By this culture of peace, the culture of extremism and terrorism shall recede. Subsequently, the glaring reality of the image of Islam will re-appear, the image that has been abused and distorted by terrorists who commit their crimes in the name of religion.

Praise be to Allah, the Lord of the Worlds 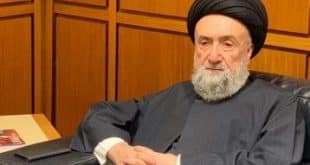 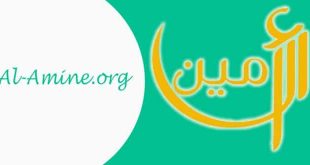 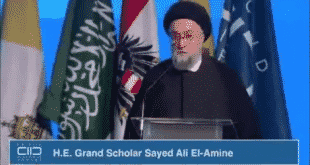